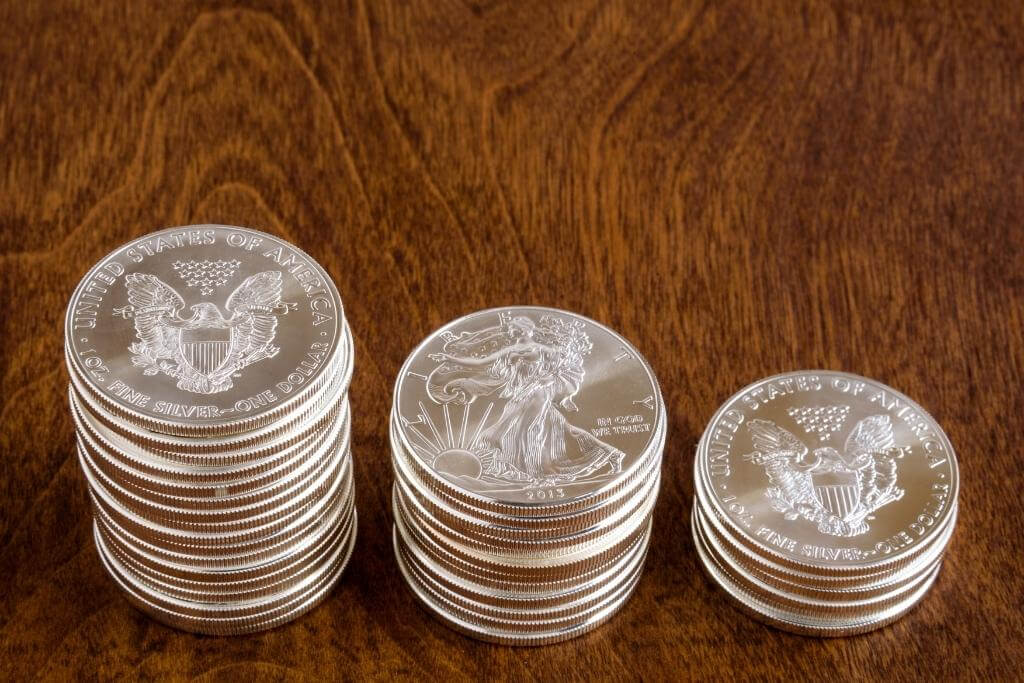 Silver coins are available in various finishes, from Brilliant Uncirculated (BU) to Proof, and in multiple designs. These are the best silver coins to buy for investment and an excellent way to start developing an investment portfolio. Proof Silver coins are suitable for investors since they often have the same silver content and design as their bullion counterparts but have higher quality, mirror-like sheen, making them ideal for portfolios.

Silver coins from sovereign mints are popular among investors because of their official backing and assured silver content. These sovereign silver coins are usually released yearly, with a fixed weight and precious metal composition. Investors have many options for investment-grade, sovereign mint silver coins, which may appear daunting at first glance.

Why is investing in silver coins a good idea?

Let’s talk about why silver is a fantastic investment before we look at the best-selling silver to buy. The following are some of the reasons why purchasing silver is a good investment of your time and money:

What Are The Best Silver Coins To Buy For Investment?

Some of the best financial investments are the ones that have currently been around when it comes down to it. Long-term investments can yield excellent revenue. Silver coins have ended up being an exceptional method to expand possessions. However, many aren’t sure where to rely upon to get the best chance for their money. These are the 10 best silver coins to buy for investment in the long term.

The American Silver Eagle is the United States Mint’s official investment-grade silver bullion coin, making it one of the few silver bullion coins guaranteed by the US government for weight, content, and purity. The American Silver Eagle Coin is a one-dollar coin made of one ounce of .9999 pure silver. Investors benefit from unrivaled recognition and liquidity with this particular investment, which makes them the best silver coins to buy for investment.

The Walking Liberty design, developed by Adolph A. Weinman for the Walking Liberty Half Dollar in 1916, was included on the obverse of the first American Eagle coin, which was released in 1986. The reverse design was redesigned in 2021 to commemorate the 35th anniversary of this classic series and features a solitary eagle holding an oak branch to add to a nest.

Since their introduction in 1987, these well-known British silver coins have continually improved in quality, with coins now containing .999 pure silver. This silver coin depicts British history perfectly, with the face of Queen Elizabeth II in a more mature appearance on the obverse and Standing Britannia in a horse-drawn chariot on the reverse.

Silver Britannias are a superb value with outstanding liquidity potential because of their high silver content and the Royal Mint’s widespread esteem and recognition as the best silver coins to collect.

The Mexican Libertad silver coin is one of the most renowned and attractive silver bullion pieces available today, struck by one of the oldest North American mints, la Casa de Moneda de Mexico. These silver coins were first issued in 1982 and are made of .999 fine silver. They are available in various sizes, including 1 oz, 1/2 oz, 1/4 oz, 1/10 oz, and many others to meet any portfolio or budget.

The Silver Libertad artwork is exquisite and historically significant in Mexico. The Mexican Libertad Silver Coin is a sought-after addition to any coin collection due to its renowned design and limited mintage.

Since 1999, Somalian Elephant Silver coins have held tremendous investment potential. When graded as MS-70 by third-party grading services, specific issues of these coins have yielded more than 300 percent return on investment. It’s made of .9999 silver and has the same growth potential as any other silver coin.

Morgan Silver Dollars were manufactured between 1878 and 1904 and again in 1921. These silver coins are made from planchets that are 90% silver and 10% copper. Although certain Morgan Silver Dollars attract exorbitant numismatic premiums, lower-quality coins from years with huge mintages can be obtained for just a little more than the current silver spot price. Morgan Silver Dollars are immensely popular among silver collectors and investors alike because of their widespread recognition.

The Golden Hall in Vienna, where the orchestra’s annual New Year’s Day concert takes place, is depicted on the obverse of this silver coin. At the same time, the reverse depicts musical instruments from Austria’s grand national treasure, the Austrian Philharmonic Orchestra. Silver Philharmonics is an excellent way to diversify into European coins while still paying a reasonable premium.

Ten-cent pieces, like the Morgan mentioned in Silver Dollar, were constructed of 90% silver and 10% copper from 1837 to 1964. Because dimes are minor than quarters, they contain less silver, averaging 0.0715 troy ounces per coin. Although some of these older dimes have become numismatic collectibles, legitimate precious metals dealers sell them by the bagful.

Although the per-ounce premium may appear excessive, if you invest in silver coins as a hedge against the collapse of fiat currency, the enhanced liquidity of the smaller coins may justify the price.

The acclaimed Perth Mint’s Australian Silver Kangaroo series has been a prominent icon of Australia since its inception in 1993. Collectors prize the Australian Kangaroo Silver coin series because it displays a traditional red kangaroo mid-bound in front of a stylized starburst.

The 1 oz Australian Silver Kangaroo is a unique coin made of 99.99% pure silver that is produced with a face value of AUD 1 and is considered very collectible and typically liquid due to its noteworthy mintage history and fascinating, identifiable artwork.

The Chinese Silver Panda coin is a final viable investment alternative. The Hall of Prayer for Good Harvest in the Temple of Heaven in Beijing, on the obverse of this popular Silver coin, is a beautiful example of classic Chinese architecture. Each year, the series features a new reverse image of China’s renowned icon, the enormous panda. Collectors and investors have been waiting for the new colossal panda design to be featured on this famous Silver coin since it was first released in 1983.

The Silver Panda coins are made of .999 pure silver and are legal currency in China. They have a smaller mintage than other bullion coins. It is a beautiful addition to any bullion portfolio and one of the most exciting coins for Silver investors due to its distinctive size and low mintage.

Whether you’re an investor or a collector, these ten silver coins are the finest to buy. Bullion Trading LLC can assist you in making wise investments in silver and other precious metals to preserve your assets against depreciation.

Are silver coins a good investment?

Silver can be a fantastic way to diversify your portfolio as an investment. Another benefit of silver is that it acts as an inflation hedge. It has intrinsic value that dollars and other currencies lack since it is a physical asset. Silver is also a long-term investment that performs well when interest rates are low.

What is the most popular silver coin to buy?

The Morgan Silver Dollars were the most popular collector’s silver coins from 1878 until 1921. Morgan is also a big favorite among gold and silver investors.

Are older silver coins worth more?

Yes! All dimes, quarters, and half dollars minted after the 1830s and before 1965 are 90% silver. These are worth at least their melt value, which is sometimes many times their face value. Some of these old silver coins are extremely uncommon and expensive, making them worth far more than their silver value.