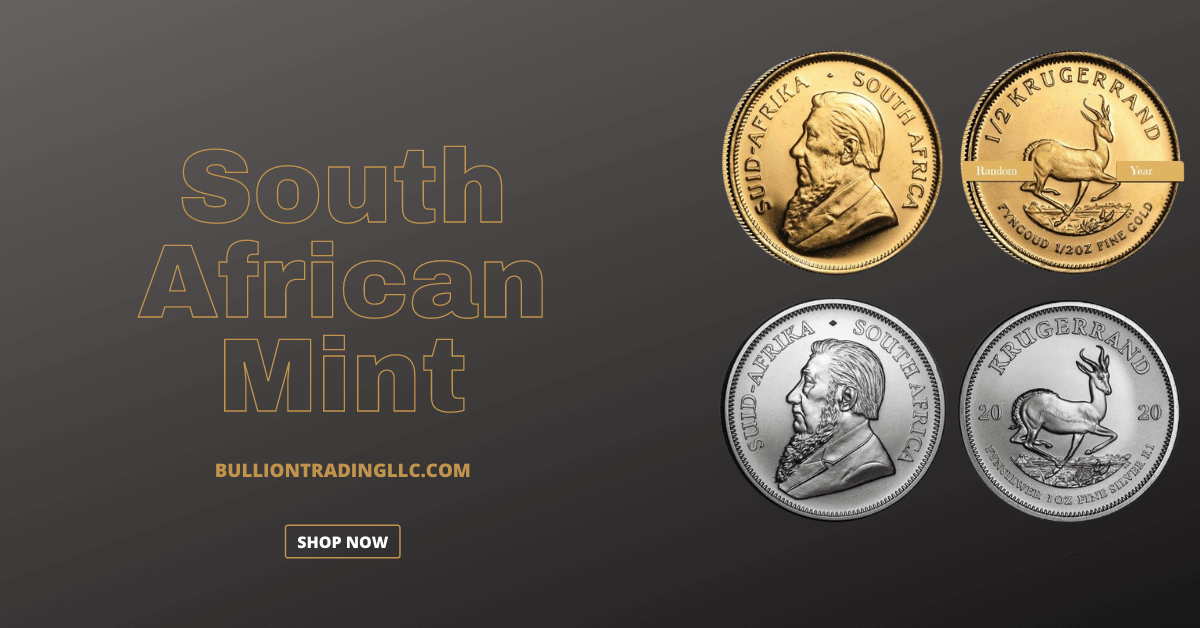 History of the South African Mint

In 1886, when gold was discovered in South Africa, the decision to construct the South African Mint was reached. The gold rush was the catalyst that led President Paul Kruger to establish the nation’s first mint. The mint was established in 1890 and was ready to be used from 6th July 1892 at Pretoria. Following the Second Boer War ended in 1902, the country was made an integral part of the British Empire. The result was the closing of the mint following the pound sterling became legal to be used in the new colony.

The British approved the “1919 Mint Act” and proceeded to start an extension from the Royal Mint in South Africa. The mint began operations on 1st January 1923 then produced bullion of PS83,114,575 in its time. The colonial rule began to fall consequently the ties between Britain and South Africa weakened with it. The result was the closure of the South African Mint on the 30th of June, 1941. It opened again then renamed the South African Mint.

Since this time, the mint is responsible for the creation of the majority of coins used in South Africa. These coins comprise:

The African Mint is a major bullion refiner that makes the majority of South African coins and in other countries. The primary function of the Mint is to ensure that there are enough bullion coins in circulation. The mint also makes commemorative coins of great value to collectors and investors across the globe.

In 1996, the South African mint opened a store and museum known as “The Coin World Centurion”. The museum is staffed by knowledgeable tour guides who speak to the visitors while viewing South African coins, minting machines, artworks, and antique furniture that is on display. Visitors are also offered the opportunity to strike their coins with one of the oldest minting presses.

The minting press of the past is known as “Oom Paul” and it’s the sole left press of its kind. First produced in 1891, the minting pross has seen two world wars. The mint purchased older presses imported from Germany at the time it was situated in Church Square, Pretoria.

These “Oom Paul” minting presses used to mint more than 8 million coins between 1892 and 1900, including the very first Krugerrand as well as “The Kruger Million.”

The Kruger million was coined to promote the Royal family’s trip to South Africa in 1947. The Kruger million coins were the very first decimal 1c coins to be issued in 1961. The visitors to Coin World Museum can have the option of purchasing the renowned Krugerrand coins, jewellery as well as other items at the store.

The SA Mint museum guarantees all visitors an enjoyable experience that will spark curiosity and increase their admiration for the Mint. The museum’s small size has amazing and stunning exhibits which tell the history about and the history of SA mint. Visitors can see coins, collections of coins, as well as antiques, such as the oldest printing press.

The exhibits in the museum provide a glimpse into the various stages that have shaped South African currency development. The museum exhibits a range of objects that range from bartering vessels used in early societies to the modern five-rand coin, equipped with the latest security features.

The museum also exhibits coins that tell the history that has led to gold mines and the creation of wealth throughout South Africa. People who love history are impressed by the variety of objects displayed in the SA mint museum. The exhibit captures all particulars of Johannesburg the deepest gold mines, with the longest one reaching 3.9 kilometres. Before the discovery of gold by South Africa in the 1880s, Johannesburg was a large farming community, with 690 farms.

The most famous bullion piece that comes from this mint is Kruger Rand that was produced first from the year 1967. The Krugerrand was created to permit private investors to purchase gold. In the South African Mint facility, there’s an area called the ‘Coin World’. However, it is not available for visitors and produces every one of South African coins and that of numerous other countries around the world.

The SA Mint produces millions of coins each year. Its Coin World is an educational centre with content suitable for all ages. The museum has a collection of antiquated South African coins that date to the year 1200. This is significant since there is no documented time for the use of coins of South Africa before 1650.

The coins in the SA mint museum depict the nation’s history, the political shifts, and the values that helped South Africa in becoming a democratic state. Visitors can bring a piece from South Africa home by buying historical bullion coins. Visitors are however subject to rigorous security checks before being permitted to enter Coin World.

Visitors must bring valid identification documents and are not allowed to carry any coins.SA mint also produces a variety of commemorative coins that comprise the Mandela series. This coin is given to South African’s great achievers like the Nobel Literature Laureates Nadine Gordimer and JM Coetzee. They are vibrant with images of birds and flowers that capture South Africa’s beautiful biosphere.

The mint issues different versions of commemorative coins annually. This offers a variety of options for anyone who is looking for unique items to commemorate a special occasion or anniversary. 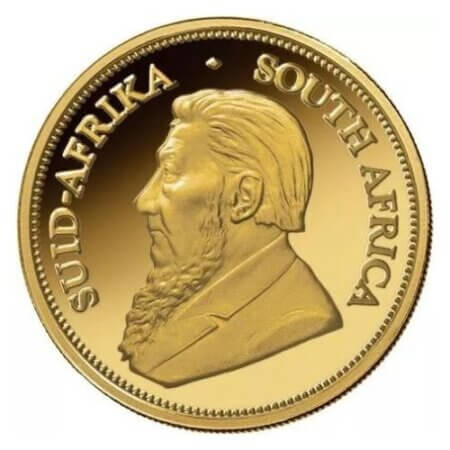 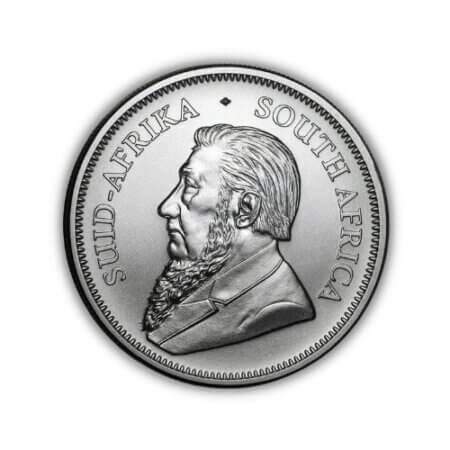 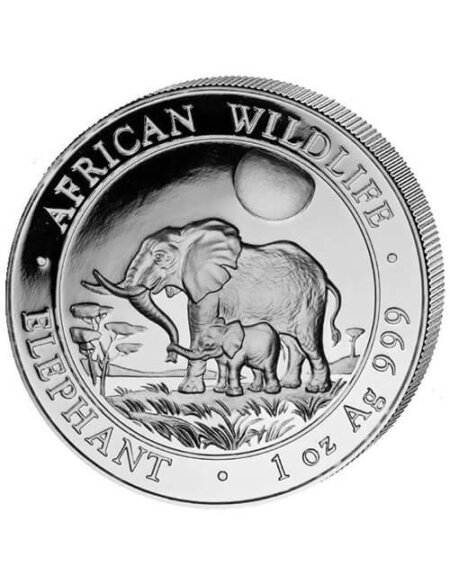 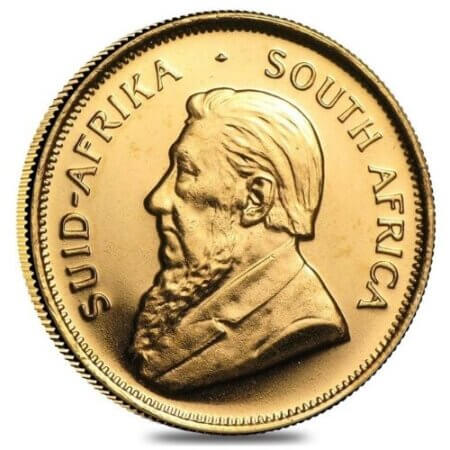 The 1 Oz Krugerrand Gold coin is among the finest gold coins around since it was the first modern gold coin on the gold market. The coin was first struck for the first time in the year 1967, with the coin having more than 50 million pieces made and traded around the world. This represented 75% of all the gold that was produced in the western world.

The mining from the Krugerrand is part of a plan to promote South African gold, which is vital to the growth of South Africa’s economy. In 1971, the trade-in physical gold became essential following the fall of the Bretton Woods Agreement. The collapse closed the golden window which allowed the conversion of the U.S currency into bullion gold in physical form.

The Krugerrand gold coin was the very first 1 oz gold bullion coin that was ever produced around the globe. It is a legally valid currency in South Africa although it was not struck with an actual face value. The reason that the gold coin had no face value was that it was left to the market to decide the value. The first Krugerrand coin was 91.6 percentage or 22 k gold. The year 1980 saw the mint launched fractioned Krugerrand coins, which include coins of 1/10 Oz, 1/4 Oz along 1/10 Oz gold coins.

More than 50 million gold Krugerrands of various sizes have been created.

In 2017, The Krugerrand gold coin celebrated its 50th anniversary. It was 50 years ago since the coins were made in the very first instance. The first platinum and silver coins were introduced in celebration of the anniversary.

The Krugerrand gold coin comes with the finest quality in .9167 pure gold, with the rest of the weight composed of copper. The copper makes the coin have an orange look as compared to silver-based gold alloys. The Krugerrand takes its name from its South African President, Paul Kruger and his image appears in the front on the coins. The last portion of the name originates from the world Rand which is the official name for the country.

The renowned South African engraver Otto Schulz designed the portrait of the president’s in the Krugerrand. The reverse of this coin has been engraved with an illustration of the springbok that is among the most popular symbols of South Africa. Coert Steynberg was the designer of the antelope. The original design was drawn on the coin of five shillings created in 1947 to mark the visit of the British Royal Family.

The initial South African Gold Sovereign Coins were created in 1923 between 1923 and 1932. The coins were struck with 0.2354 Troy Oz, 24K gold and has a purity of .9167 gold. That’s the same amount of gold in every sovereign coin available in the market. The face of the coin displays the image of George V, the British monarch.

The reverse of the coin has been embossed by the figure depicting St. George riding on horseback while slaying the dragon. The artful depiction of St. George on the coin was created by the famous and talented Italian engraving artist Benedetto Pistrucci. His designs were used in all gold sovereign coins beginning in 1817. Gold sovereigns were created in various amounts throughout the years that it was made. The ones that were produced in 1923, 1924 and are among the most sought-after. This makes having this South African Sovereign coin a satisfying experience as it is extremely rarified and has historical significance.

The SA Mint produced the first silver Krugerrand coin in the year 2017. It was intended to commemorate the 50 years of prosperity of the mint. After its launch, the silver Krugerrand was a hit with investors worldwide and enjoyed huge great success. The coins were in top uncirculated state and never disappointed investors and collectors. Investors were awed by the quality, design and craftsmanship of the coins.

The silver Krugerrand was offered in a myriad of series which include the Protea series and the Big Cat series, as well as the Natura series.

The five-coin big series is an investment program in bullion that the SA mint launched in the year 2019. In 2019, the elephant, lion rhinoceros and leopard coin series were released. In 2021 the Mint announced its Big Five African buffalo coin. Fans are anxiously waiting to see the new coin that will be released in this series. The big five bullion coins are created to honour and protect the largest five wildlife species found in Africa.

The silver variant of the big five-coin series features the image of the majestic animals created in .9999 fine silver, gold and platinum in 1 Oz. The bullion coin of the big five series is the finest from the SA mint in terms of both quality and workmanship. It also helps show the amazing natural wildlife South Africa is endowed with.

The South African mint has successfully fulfilled its obligation to ensure that there are enough coins available each year. The brand new anniversary Krugerrand products were the main source of the profit that the mint earned in the year 2017. The South African mint reported a gross profit before taxes of R952 million, and net profits total of R668 million.

The SA Mint is ISO 14001 certified, and the mint is nearing certification to ISO 14001: 2015. This certification acknowledges the mint as an environmentally safe facility, despite the risks posed by harmful substances. The mint is also planning to implement its Prestige Bullion plan meant to ensure the interests of shareholders and create the necessary resources and staff.

The South African Mint Group fully owns three subsidiaries, which include two companies that produce currencies and another that receives all deposits from investors interested in investing the short-term funds through money market instruments as well as special treasury bills.