PAMP is part of the broader MKS PAMP group, which includes MKS (Switzerland), a Geneva-based precious metals trading company, PAMP the refinery and bullion producer, Manfra, Tordella & Brookes (MTB), a major coin and bullion dealer in New York, and MMTC-PAMP India, a joint venture between PAMP and an Indian state company that runs a precious metals refinery in Delhi, India.

PAMP’s refinery is known for producing the highest quality gold bars and silver bars, and it was the first to use artistic designs on its minted bar range. PAMP bars are well-known all over the world, but particularly in Asia and the Middle East. The PAMP goods have a broad global distribution network thanks to MKS and MTB.

Produits Artistiques Métaux Précieux (PAMP), was established in 1977 in the Swiss Canton of Ticino as a registered company.

The refinery is located in Castel San Pietro, near the Italian border in southern Ticino. It is also close to two other large gold refineries in Switzerland, Valcambi and Argor-Heraeus.

All three of these refineries were established in the south of Ticino to serve the Italian gold jewelry industry, which was once the world’s largest gold jewelry market. PAMP started as a small-scale gold bar manufacturer.

MKS was founded in Geneva in 1979 as MKS (Switzerland) SA.  MKS was founded by Mahmoud Kassem Shakarchi, hence the name. In the 1960s and early 1970s, Shakarchi was a well-known gold dealer in Beirut, and in 1976, he moved to Switzerland. MKS began selling PAMP’s gold bars in the Middle East after forming a partnership with the PAMP refinery. MKS bought a major stake in the PAMP refinery in 1981.

PAMP and MMTC opened their joint venture refinery in India in 2008. Metals and Minerals Trading Corporation of India, also known as MMTC, is India’s biggest public sector company and a Government of India Undertaking.

MKS PAMP Group BV, the organization’s parent corporation, is based in Amsterdam, the Netherlands. The group’s CFO is based in the Amsterdam office, which offers business development, strategic, financial functions. The MKS PAMP portfolio includes the following investments:

The refinery is able to extract precious metals from any metal-bearing substance, such as mining doré or recycling waste, as well as polish and recast existing investment bars into smaller bars, such as successful distribution bars. Clients may also use PAMP’s assaying service.

Investment cast and minted bars, bullion coins, coin blanks, and commemorative coins, alloys in rods and wire for use in the jewelry industry, gold, and silver grain, and platinum and palladium sponge are among the refinery’s products.

PAMP Suisse is one of five refiners worldwide who have been selected to the London Bullion Market Association’s Good Delivery Referee Council. By evaluating refining applicants, giving technical guidance, and assaying metal samples from other refineries, these referees keep the LBMA’s Good Delivery System running smoothly.

PAMP fine distribution bars are accepted for settlement on the world’s big gold futures and spot markets, including TOCOM in Japan, COMEX in the United States, DMCC in Dubai, and the Shanghai Gold Exchange in China. MKS is one of the six reference price participants of the Shanghai Gold Fix, recently introduced.

PAMP Suisse Lady Fortuna, Roman goddess of Fortune, is embossed on the majority of the gold minted bars. Rosa (Rose) and Liberty (Statue) designs often come in a variety of limited gram and ounce denominations.

PAMP also produces a series of gold-minted ‘Lunar’ bars that are adorned with Chinese zodiac animals. Silver minted bars from PAMP are available in the same sizes and designs as gold minted bars, and platinum and palladium bars are minted in 1 kg weights.

Overall, PAMP’s minted bar collection is very extensive, and the entire range can be seen on the refinery’s website as well as on a specialty pamp gold bar listing like Gold Bars Worldwide.

PAMP formed a joint venture with MMTC in India in 2008 to build and run a gold and silver refinery. MMTC-PAMP India Pvt. Ltd. is the name of the joint venture firm. The MMTC-PAMP corporate office is in the Qutab Institutional Area of New Delhi, but the refinery is in the Mewat area of Haryana state, south of New Delhi.

The refinery works under the technical oversight and supervision of PAMP Switzerland. It extracts gold and silver doré from imported mining supplies and gold and silver jewelry scrap from domestic sources, thanks to PAMP’s processing expertise.

The refineries minted PAMP Suisse gold bars come in a variety of denominations, ranging from 1 gram to 100 grams. They feature a distinctive lotus bar pattern, while minted silver bars come in denominations ranging from 5 grams to 1 kilogram. In addition, under license from The Royal Mint, MMTC-PAMP manufactures a sovereign gold coin in India. The mintmark on this Sovereign is an ‘I’.

The London Bullion Market Association (LBMA) has approved MMTC-big PAMP’s gold and silver bars to include the Good Delivery Lists for gold and silver. The only precious metals refinery in the Indian gold industry on this list is MMTC – PAMP. It’s also a Multi Commodity Exchange-accredited refiner (MCX).

PAMP bullion products are available across a number of different outlets. PAMP is a wholesaler of its bullion collection in the wholesale industry, as are MKS Suiss and other MKS offices around the world, including Singapore, Istanbul, Sydney, and Malaysia.

PAMP affiliate Manfra, Tordella & Brookes (MTB) serves as a major US wholesaler for the US industry. Many stores officially distribute PAMP bars, but they represent just a limited portion of the total retail market, with all purchasing directly from PAMP, MKS, or MTB. BullionStar, for example, has links to MKS, PAMP, and MTB.

What is PAMP Suisse?

PAMP Suisse Mint is a renowned bullion refinery founded in 1977, Switzerland. The mint and distributes precious metal bullion products that set a benchmark for the precious metal industry

PAMP Suisse is a gold bullion brand and refinery trusted for it's authenticity. They provide gold bullion products that are one of the safest investment options today.

How can you tell if a PAMP bar is real gold?

A PAMP bar contains details of the gold bar engraved onto them. The details on a PAMP Suisse gold bar are metal content, purity, and weight along with the serial number and assay card to verify its authenticity.

Where is PAMP gold from?

Established in 1977, PAMP Suisse is based in Ticino, Switzerland.

How much is a Suisse gold bar worth?

Is Pamp Suisse a good investment?

What is a PAMP Suisse gold bar? 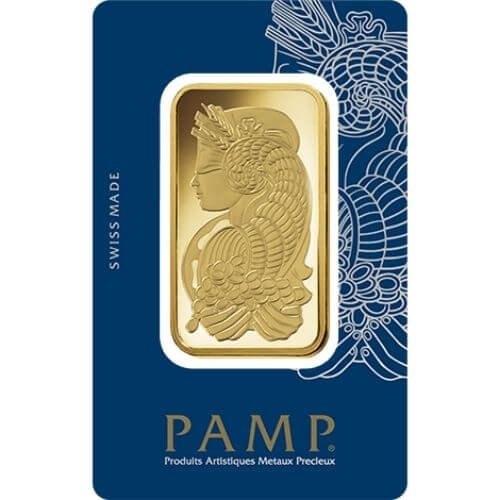 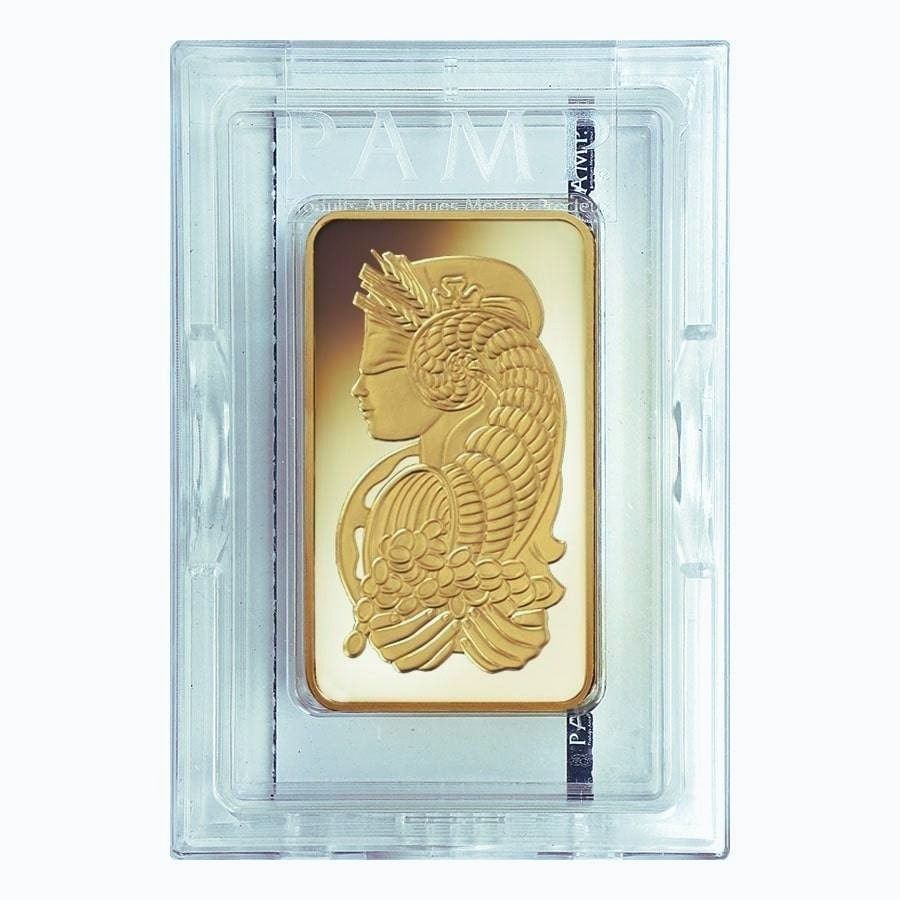 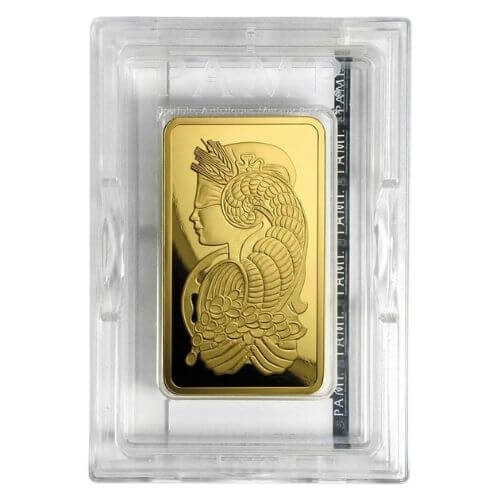 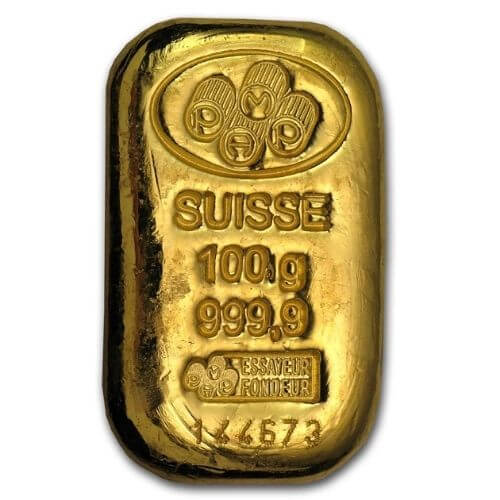 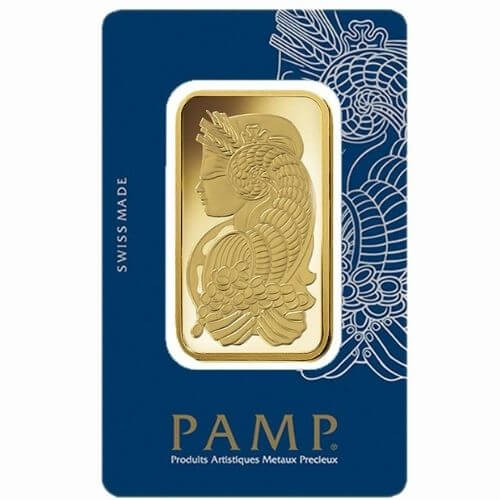 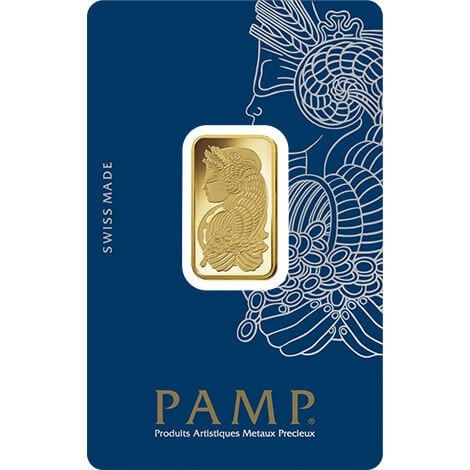 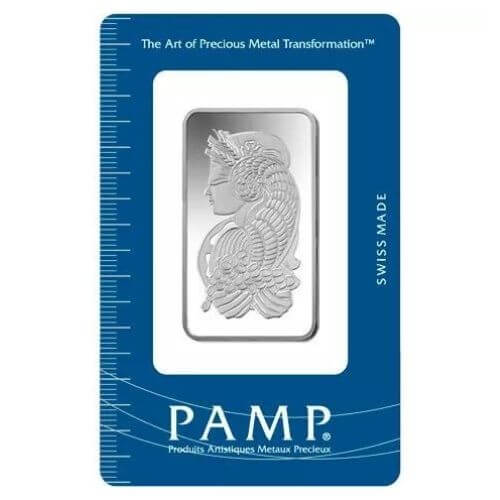 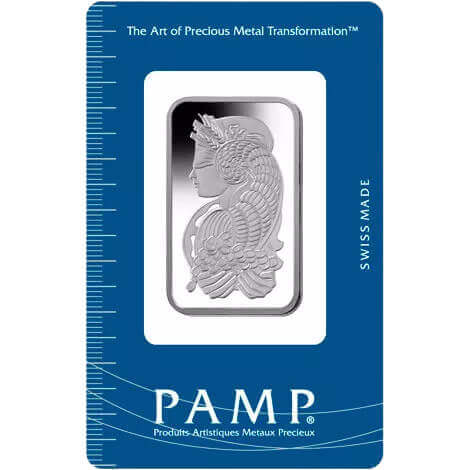